A trend for life: Lo-fi lifestyle for 2013 and beyond by Heather Hankinson

With 2013 well into spring many of us may have already mentally filed our health resolutions under ‘January failures’. But this year great health is set not just to be a personal ambition but a fashion and lifestyle trend.

The Lo-Fi trend is an evolution of the slow tech movement and both are in opposition to our fast-paced, share-all society. The backlash against technology and 24/7 connectivity, and the idea that both can solve all our problems has been on the rise in recent years. In 2013 the movement is now ‘on trend’ and pared back simplicity can be seen on catwalks as well as in home fashions.

ll our problems has been on the rise in recent years. In 2013 the movement is now ‘on trend’ and pared back simplicity can be seen on catwalks as well as in home fashions. 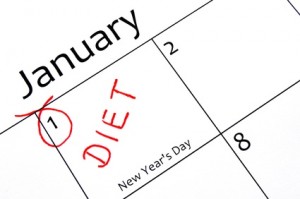 The biggest influence of the trend though is on our health. With advocates such as Kate Moss, the Lo-Fi trend has extended to include a more holistic approach to health and dieting with quick-fix gimmicks going the way of the hash-tag. The trend is as much about relearning a positive attitude to food and taking control of your food behaviours as it is about simple nutrition and a sustainable exercise regime.

Graham Price of Get Slim Guaranteed has been endorsing this holistic approach for years. ‘I believe everyone has the potential to be successful in whatever they do and lead an extraordinary life,’ says Price, ‘but in order to achieve our potential, we have to focus on the psychology of weight loss as well as nutrition.’ Price’s approach has seen hundreds of clients reach their health goals and maintain their new weight for years before Kate Moss brought the trend into the limelight.

So to get on trend this year, review your admirable January health goals; if Ms Moss says the slow-but-sure route to long-term success is 2013’s key trend, then that’s a fashion we can follow.